Sports can play a role in promoting a geographic region. This year, the organizing committee of the Sportful Dolomiti Race has intensified its effort in particular with foreign tour operators specializing in sports-related travel. In recent weeks, agreements have been signed with agencies that work with cyclists from North America, Asia, Great Britain and Denmark. Negotiations are underway with agencies in Germany, France and Poland.

Yesterday, president Ivan Piol, vice president Graziano Maccagnan and head of the administrative office Anthony Chow received a visit at the Pedale Feltrino headquarters from representatives of Tour de Vacances, a Dutch agency that specializes in organizing groups of sports lovers who participate in granfondos and cycling vacations around the world.

“It was an interesting meeting,” said Piol. “We explained to them how we’re organized and what the area can offer cyclists who want to stay multiple days — from the beauty of Feltre and the fantastic local routes for riding, to the history of cycling, with the Cesiomaggiore bicycle museum and the monument to Campagnolo on Passo Croce d’Aune, to the manufacturing companies that characterize the Feltrino area and that are linked in some way to our world: Sportful, Lattebusche and Dolomiti beer, which are also our partners. In order to reach our maximum of 5,000 rider registrations, we must target the foreign market, and this is what we’ve been concentrating on in recent months, with many interesting responses.” 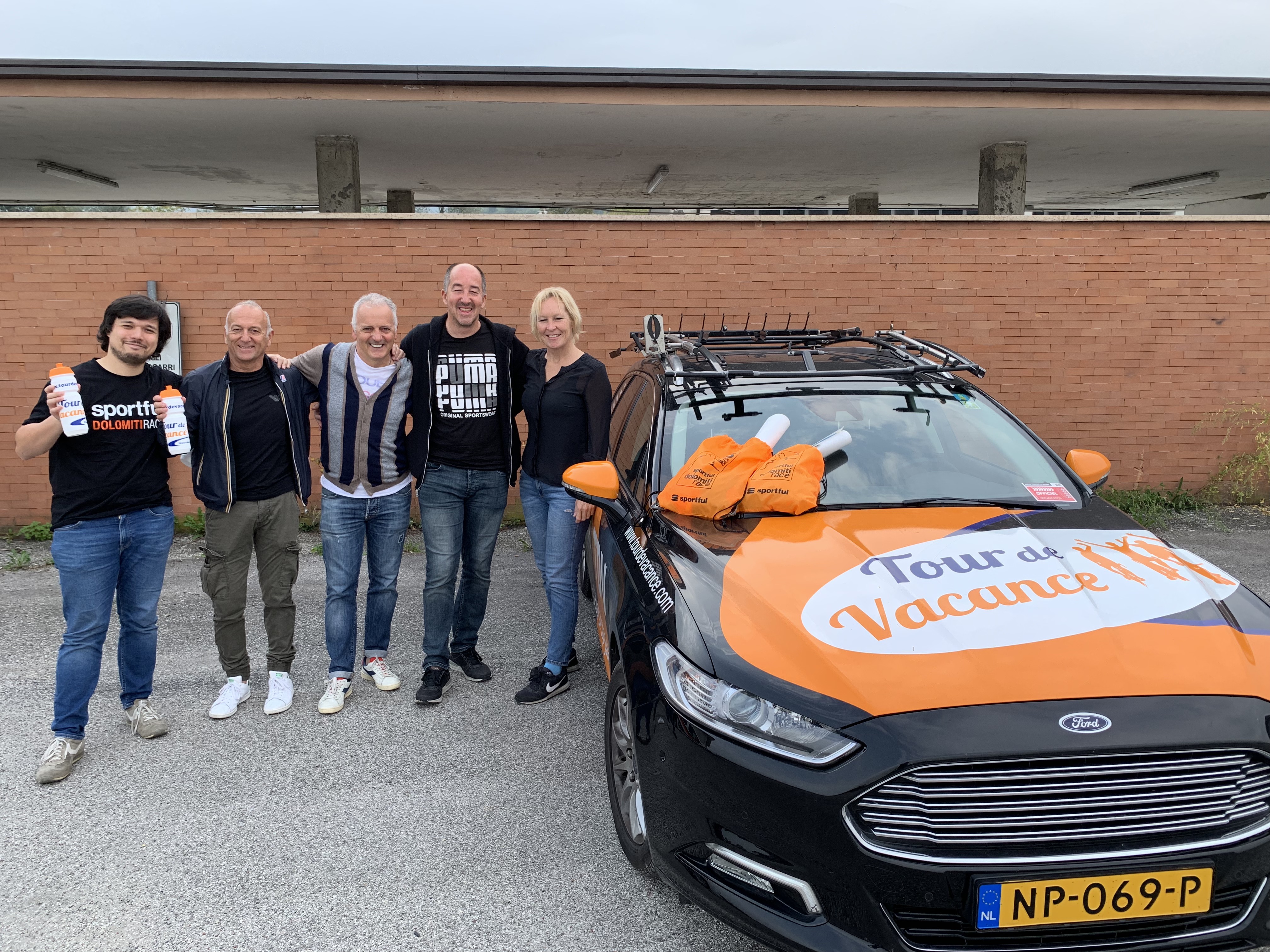 Last June, the 4,700 riders registered for the Sportful Dolomiti Race included about 500 foreigners from 43 countries distributed across five continents. The last two years have seen an increase in participation from Germany, Denmark, Spain, the Netherlands, Hungary and Poland.